The Leichhardt Award was conferred on Professor Joan Esterle at a dinner at the Rockhampton Heritage Village, Queensland.  The award dinner followed the first day’s proceedings of the  joint ACARP-BBGG meeting held at Central Qld University on 7-8th July, 2015.  This award recognises Joan’s longstanding contribution to advances in coal geology research through her association and leadership within BBGG / ACARP / CSIRO and the University of Queensland.   As an educator Joan has been a “teacher, coach, mentor, trainer, guide, challenger, advisor and gentle-cajoler to an innumerable number of students and coal geologists during her career in Queensland”.

Professor Joan Esterle receiving the Leichhardt Award from Master of Ceremonies, Wes Nichols, on the evening of 7 July 2015. 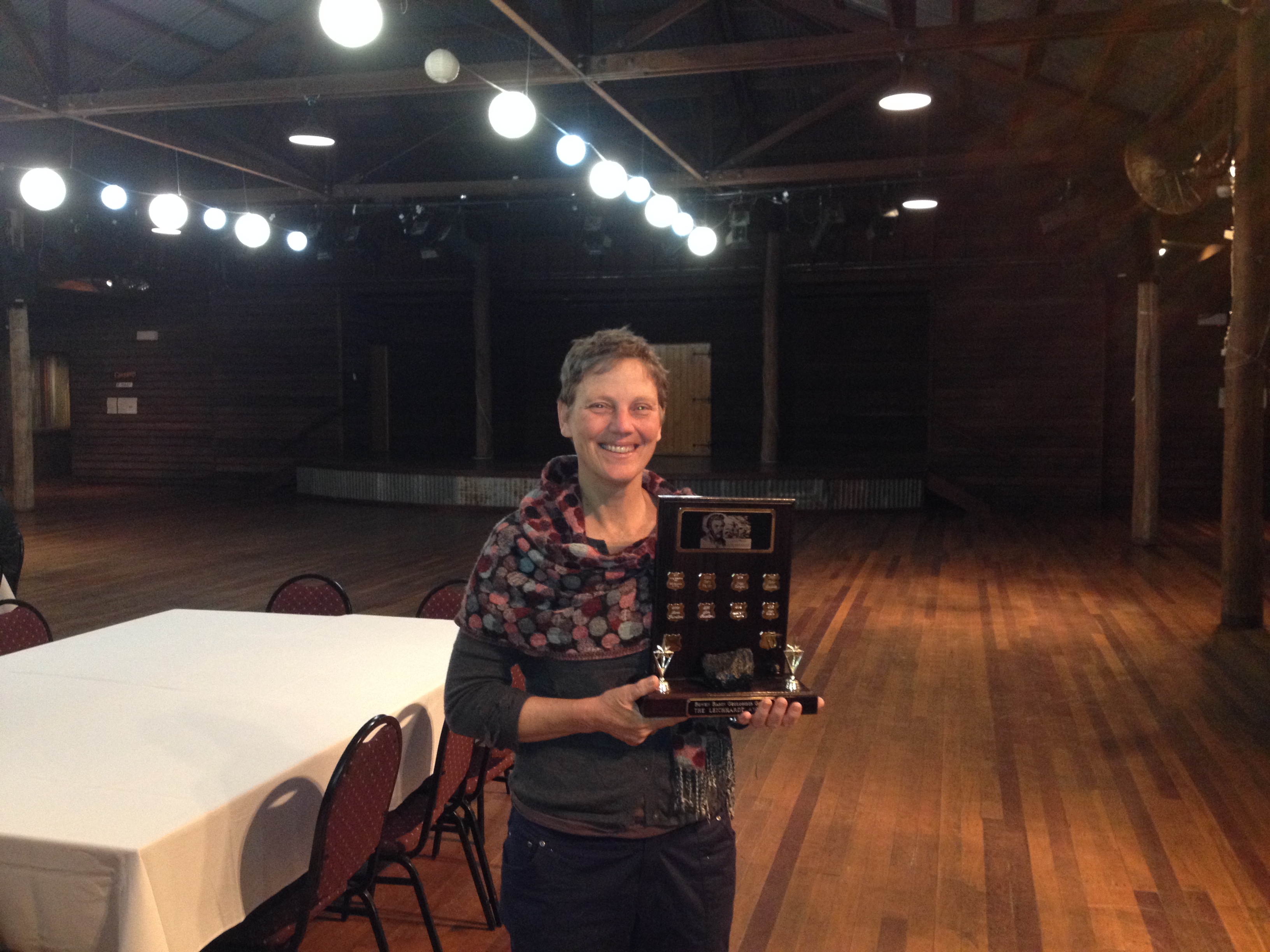 Professor Joan Esterle with the perpetual Leichhardt Award trophy on the evening of 7 July 2015. 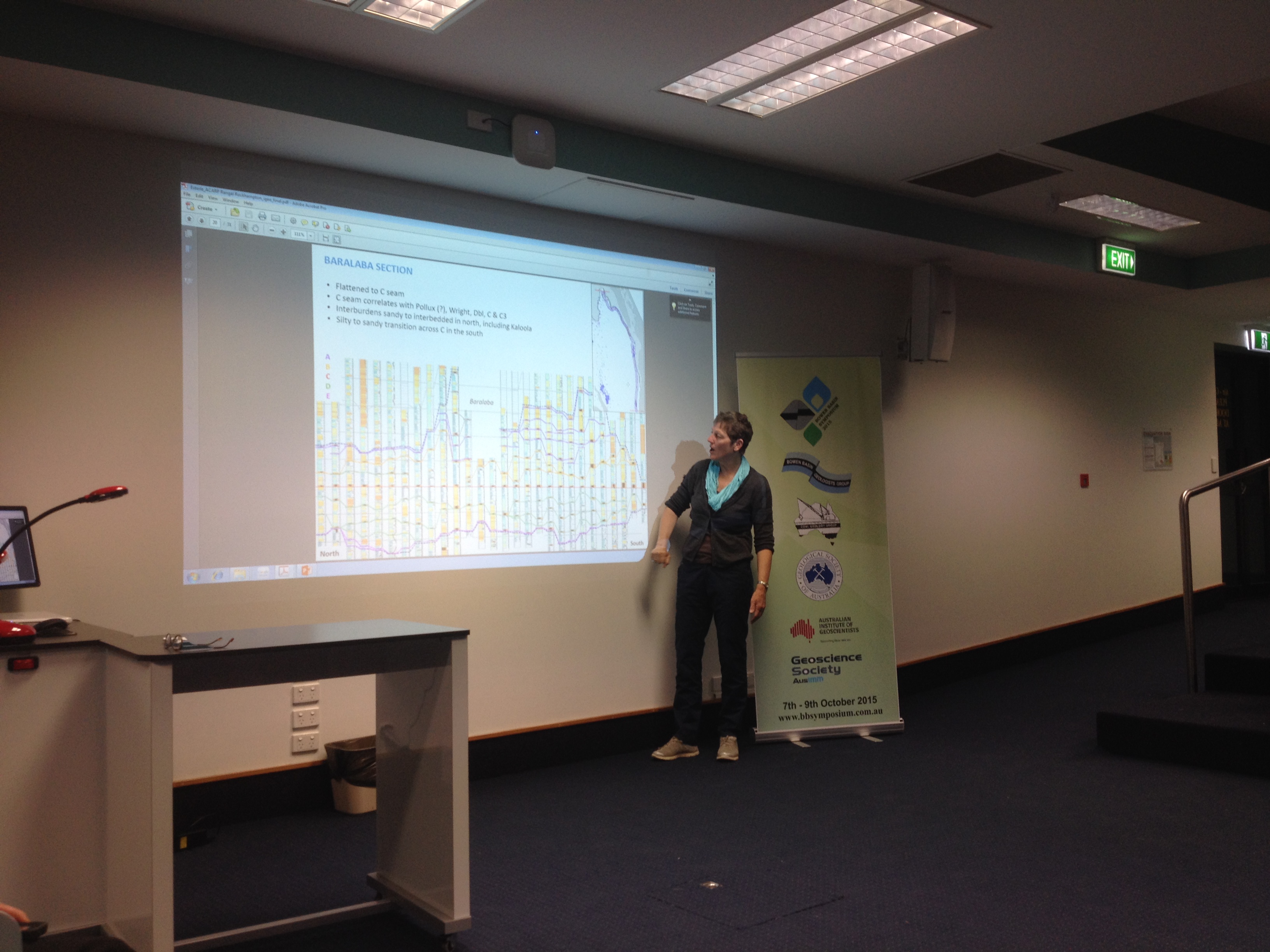