The Bowen Basin contains the largest coal reserve in Australia and extends over approximately 60,000 square kilometres of Central Queensland – from the town of Collinsville in the north to Theodore in the south.  The basin continues beneath the younger Surat Basin and links up with the Gunnedah and Sydney Basins in New South Wales.   This major coal producing region contains one of the world’s largest deposits of bituminous coal.  The Bowen Basin contains much of the known Permian coal resources in Queensland including virtually all of the known mineable prime coking coal.

In 2015, The Department of Natural Resources and Mines reported that the Bowen Basin contained 42 operational coal mines which extracted over 150 million tonnes annually.  This represents a significan contribution to the State of Queensland’s coal production – its most important export commodity. 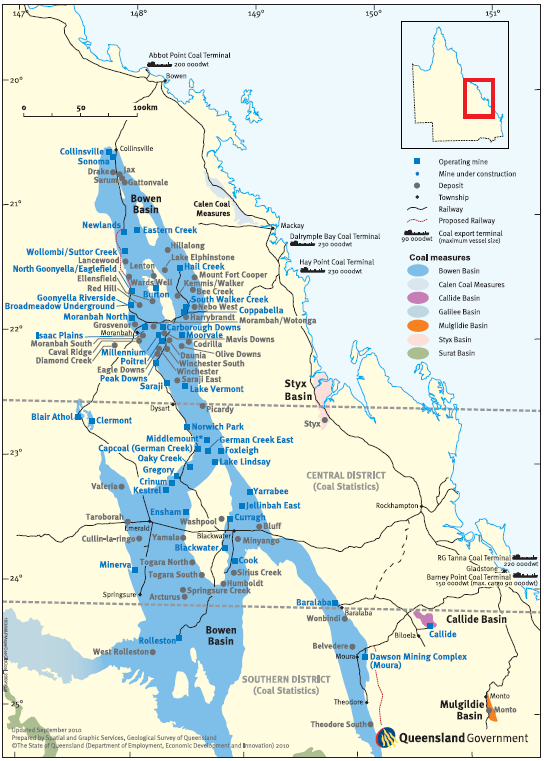